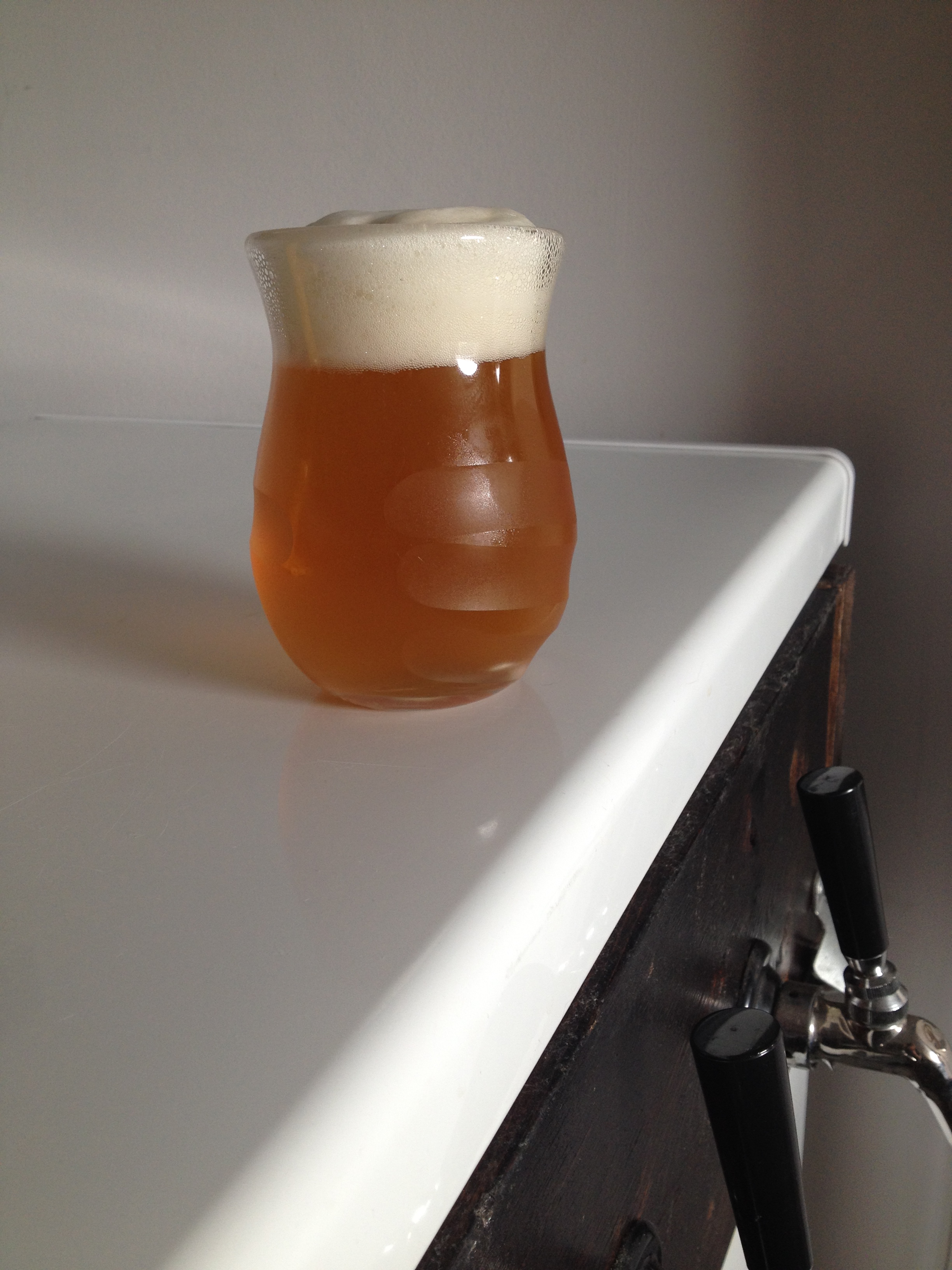 When I saw that one of Omega’s new yeast strains had a temperature range of 62-98° F with “little difference in flavor profile across the whole range,” I had to give it a try. I can only fit one carboy in my small fermenting fridge, which is pretty much always occupied by a clean hoppy beer of some sort, so any beer that I can brew without fermentation temperature control is a bonus!

I had no idea how cool of a strain OYL-057 was prior to ordering it. After doing a little digging online to see if I could find any other reviews of the strain, I came across OYL-057’s awesome origin story of which we have Lars Marius Garshol of  Larsblog to thank! A full story of how he obtained the culture is available on his blog, which I highly encourage you to check out. As I understand it, he obtained the yeast on a trip to Stranda, which is part of the Sunnmøre region in Norway. While visiting Lars reached out to a local homebrewer in the area who gave him a box of kveik (traditional word for homegrown yeast used for raw ale), which he described as looking like lots of “hard, gray flakes.” Lars then sent the kveik to the National Collection of Yeast Cultures (NYCYC), which had a tough time getting the yeast to grow, but eventually was able to get the a few surviving cells in the sample Lars sent to grow, which is likely why it’s only a single strain.

OmegaLabs then ordered the yeast from NCYC and after some testing made the strain commercially available in late 2015. I was able to order a vial online from RiteBrew, which at the time of writing this has in stock. 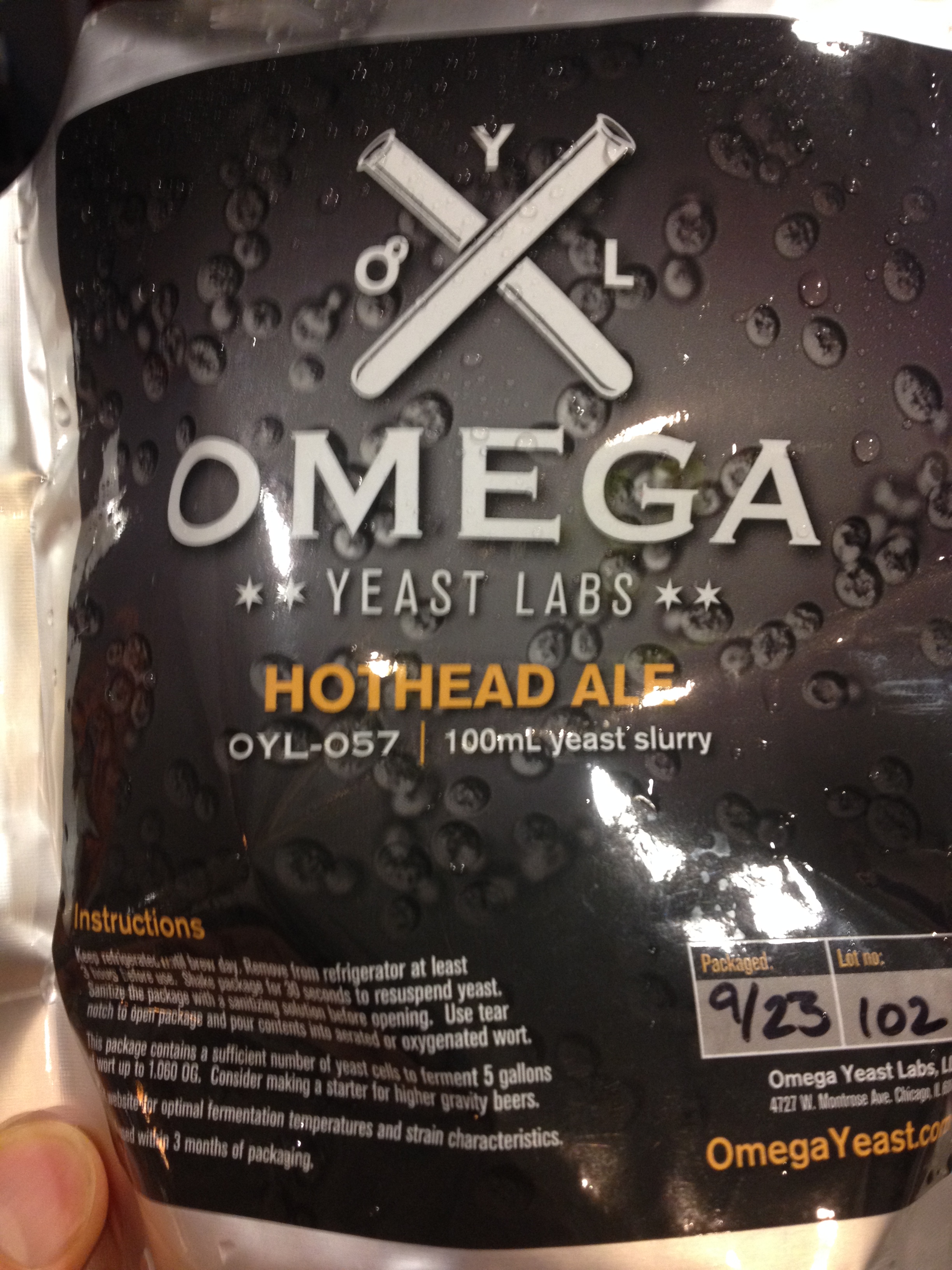 I (pre-hopped?) with 28 grams each of Azacca, Ed Dorado, and Mosaic to the fermenter prior to filling with beer and yeast. I then kegged the beer with 14 grams mosaic 14 grams El Dorado and 28 grams Azacca in a fine mesh bag and left this dose in the keg until it kicked. 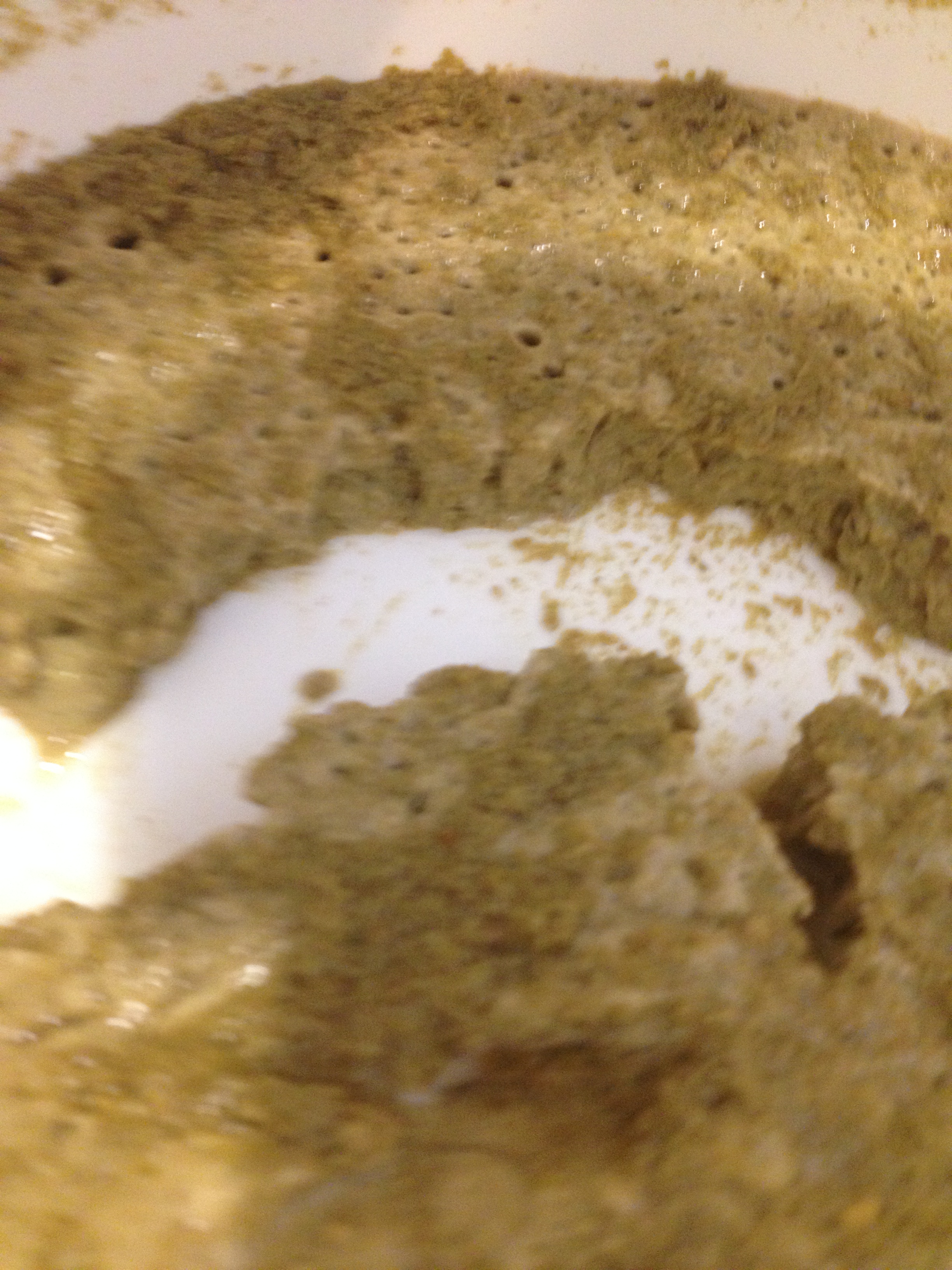 HotHead Ale OYL-057
An ale strain of Norwegian origin that has an astoundingly wide temperature range (62F-98F) with little difference in flavor profile across the whole range. Temperature control is unnecessary with this strain. It has a unique fruitiness that makes it complementary to modern hop varieties.

I was amazed at how fast this yeast took off after getting it into a 1,000 ml starter on a stir plate. Within an hour it was foaming like crazy. After another few hours it showed it’s flocculation potential as it was incredibly chunky already (see video). I’m talking like WLP002 cottage cheese lava lamp type of starter. The yeast started out aggressively and finished quickly, I kegged this beer 8 days after brewing it and because it was on hops the whole time I didn’t need any extra time to dry hop it (although I did add more hops to the keg). After racking the beer into a keg, the yeast cake was really thick and spongy. I had to turn the garbage disposal on to get it down the drain (see picture).

The beer had a great soft serve ice cream type of head that stuck around. It’s one of the better head retention beers I’ve brewed in a while (spelt flour?).  The aroma is big, but it’s definitely different than what I’m used to in hoppy beers. I’m not sure what aroma characteristics came from the yeast alone, but overall it leans more overripe fruit than bright fresh fruit. The aroma is a little hard to place exactly; I can pick out pear, pineapple and little bit caramel green apple candy. This is definitely a strange hop combination. The mouthfeel is nice and creamy, slightly thick. There is a strong hop oily character to each sip that really coats your mouth. This is the second time I’ve noticed this when using El Dorado, which I speculate has something to do with the high total oil content of the hop, which is noticeably higher than most hops (2.5-2.8 ml/100g). There is an alcohol warmth in the aftertaste that I could do without. Clarity seems to be where this yeast strain shines. Because it was so flocculant, this beer cleared up incredibly well after just a short time in a keg with no finings (although my picture doesn’t really show this well.) I’d say it clears up even better than WLP002, which I’ve had a lot of experience with.  My one complaint with this yeast is I noticed a slight plastic taste, which I’m curious if any others that have used this strain experienced.

Overall not my favorite beer, but definitely drinkable. To really evaluate this yeast strain properly, I probably should have brewed something with less hops and more of a traditional brewing style (like not using spelt flour, dry hopping prior to adding yeast, and a short 30 minute boil), but that would be boring! I’m guessing the “unique fruitiness” Omega advertises for this yeast is where I’m getting the green apple characteristic (update: others have reported the yeast having lemon-lime citrus qualities, which I could see as being slightly similar to the green apple candy that I experienced) although that’s hard to be confident about with how heavily hopped it was.

Overall, it’s a fast working aggressive strain that is extremely flocculant. It produced a drinkable beer with no fermentation control, but I just didn’t like this hop combination (my fault) combined with an alcohol warmth and that apple/plastic taste. The fermentation was similar to a more traditional strain going from a 1.060 OG to 1.012 FG, but the final beer’s pH of 4.26 might be a little low for the style (I just recently tested Tree House Brewing Julius and the pH was closer to 4.5).