I used a 15 gallon Dad’s Hat Rye Whiskey barrel I purchased at Keystone Homebrew Supply on a trip to Philly last year to drop off my NHC entries (advanced but didn’t place). Because I can only brew 5 gallons at a time, I had to brew 3 times to fill the barrel. Conventional wisdom seems to be for the first time use of a whiskey barrel, you should brew something big and dark, like an imperial stout otherwise the whiskey flavors will be too big for the beer. I don’t like to do what I’m supposed to, even if that doesn’t always work out, so I decided to fill the barrel with a pale ale type beer (kind of an Old Ale) colored a little with caramel wheat malt (46 SRM). People drink straight whiskey right, so why not put a lighter beer in for the first use?!

I decided to get a little bit of Brettanomyces in the barrel from the very beginning to help with protecting the beer from oxygen as it sat since it’s a smaller barrel. I chose to ferment one batch 100% with WLP645 Brettanomyces Claussenii and the other two fermented clean with WLP002 (details below). 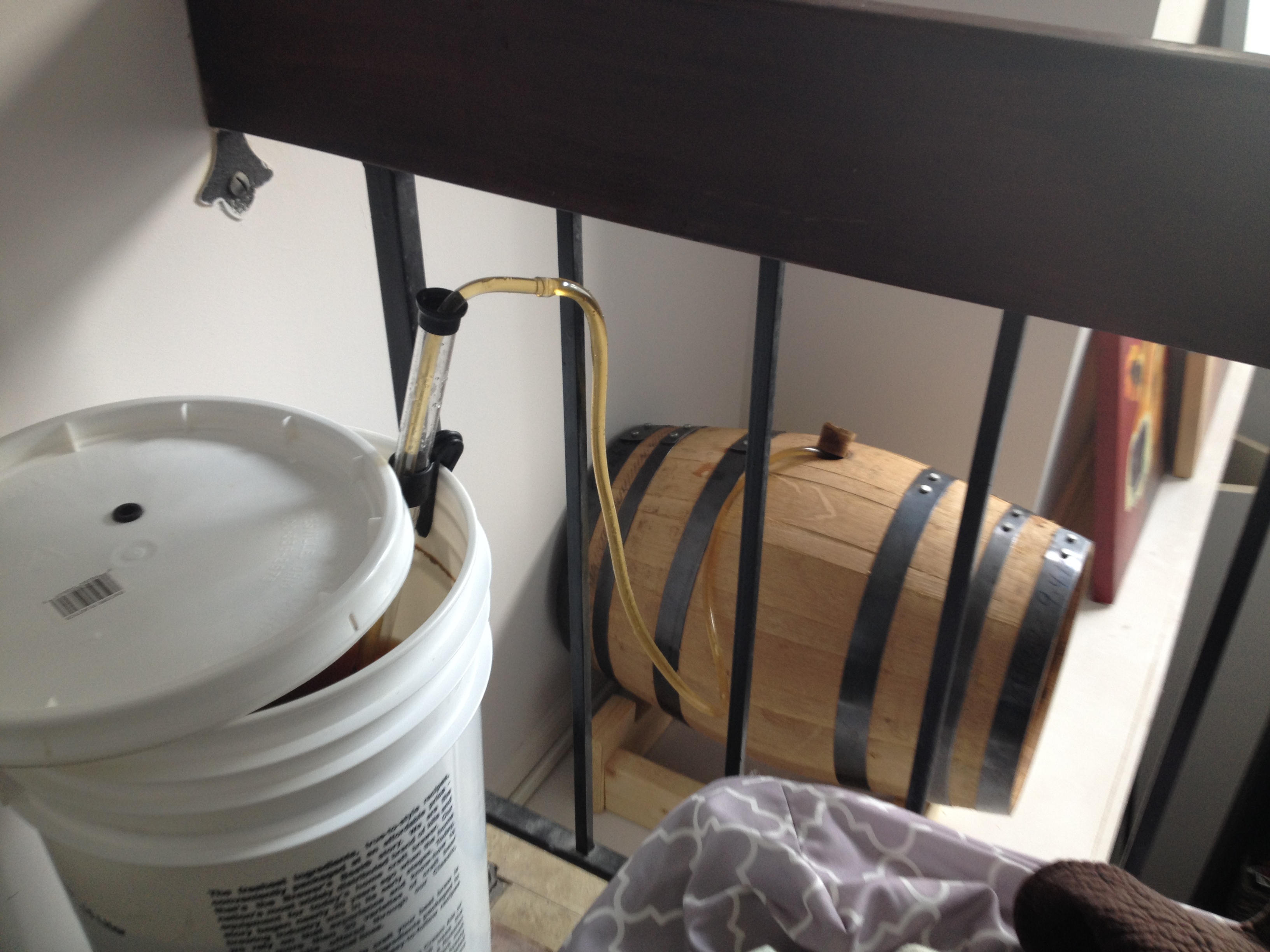 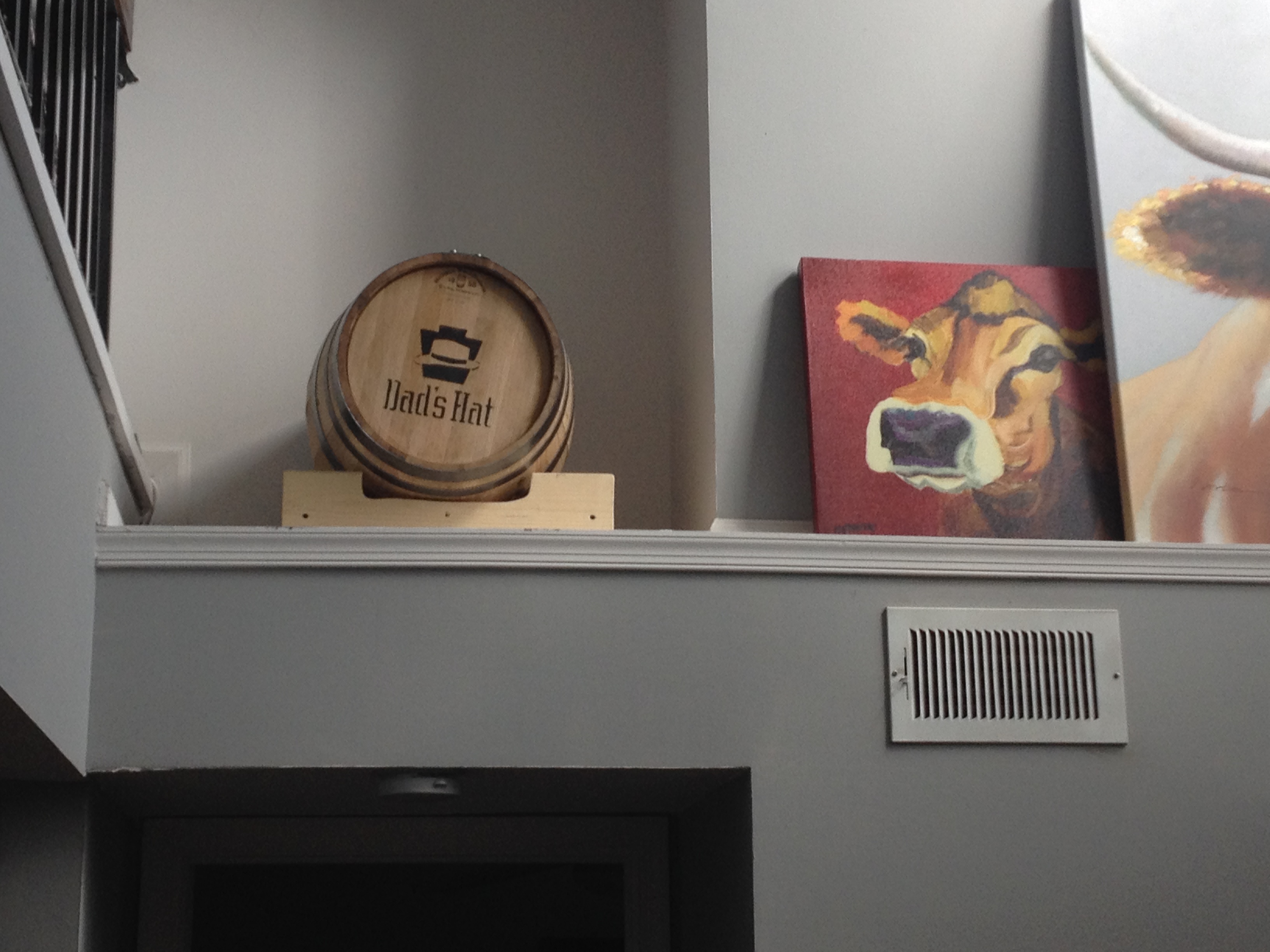 Because I brewed three times (5 gallons each), the only change from each recipe is the addition of a different high protein flaked grain, below are those:

Brew 2 – 5 ounces of WLP002 slurry that was 30 days old. Made a starter the night before brewing.

Brew 3 – New vile of WLP645 Brettanomyces Claussenii stepped up in 3 steps till about 1750 ml (on a stir plate) of a starter was ready to pitch.

Temperature: Both batches with WLP002 fermented at 62 degrees for the first 24 hours then were bumped to 66 degrees to finish. The WLP645 batch fermented at ambient temperatures 75-79 degrees.

After each batch fermented for 2 weeks, I then racked into the barrel and crossed my fingers.

I let the barrel site up in a open space by our loft, which meant I had to use some extreme gravity to rack out of the barrel.