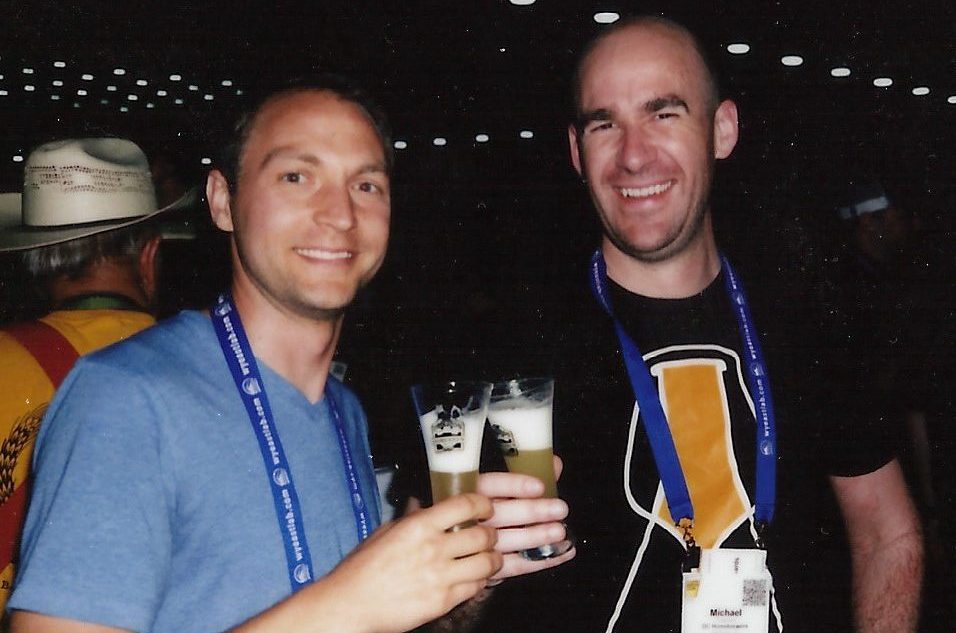 Like a lot of homebrewers, I’ve given a lot of thought to opening a brewery. I’ve spent an enormous amount of time running different scenarios out both in my head and on paper on what it might take to accomplish the goal while still keeping my sanity. It turns out it’s a complicated and complex formula.

Early in 2016, I thought I had the equation solved. I had a lease agreement for a great location in Maryland, close to Washington DC. The brewery would be close to a train station and right next to a popular farmers market with a great craft brewing demographic. The location and building seemed like a great fit, there was even ample parking! I was lucky enough to have the city on board and supportive of the venture, even awarding me with an extremely generous grant to get things off the ground and help with a big portion of the tasting room build. Funding looked like it was falling into place and everything looked extremely positive. Despite all the pieces of the puzzle coming together as good as I could have wished, I had an uncomfortable feeling about the whole thing.

Going into the project by myself, I was nervous that the workload would be more than I could handle. I was worried that the stresses of running the business would have a negative impact on the creative and inspiration side of brewing, which is, to me, what it’s all about. So when my main funding source fell through at the last minute, rather than putting my head down and getting what I needed to push the funding through, I decided to hit pause and do some serious thinking into the whole project. Why did I want to open this brewery? Was this the right time? Is there ever a right time? How much stress am I willing or able to endure and still be happy? These were the types of questions I was marinating in for some time until I ultimately decided I wasn’t going to give up on starting a brewery, but I would listen to my gut feeling and back out of the current project and just see what the future might bring.

Enter Michael Tonsmeire. Introduced to Mike through Sean Gugger, a good friend, and great brewer, I happily accepted an invitation to a bottle share at Mike’s house, of which I remember leaving a day early from my parents in Virginia because when the Mad Fermentationist has you over for beers you don’t miss it! I remember being struck by a few things that night, the first is being humbled by Mike’s overall beer knowledge, brewing skills, and pallet. Beyond beer, however, and I’m sure I’m speaking on behalf of the hundreds and hundreds of brewers that have sent Mike emails, interacted with him on forums, and talked to him at beer events, is Mike’s passion for the hobby, openness and willingness to help, and desire to continue learning and experimenting. Simply put, it was clear to me that Mike was a good dude.

After numerous tastings and other opportunities to hang out, the idea of potentially working with Mike on a brewery started entering my mind. Combining Mike’s passion for sour beers and my academic-like obsession with hoppy beers started to seem like an idea worth pursuing. Luckily for me, Mike was having similar thoughts, despite never sharing my previous brewery ambitions. Over a few beers on a Sunday while I was getting Mike’s advice on a separate project I’m working on, the conversation started to creep into brewery talk. Culminating at NHC in Baltimore, and likely influenced by a whole lot of everyone’s great homebrew, we decided to start actively moving forward on the new venture. The picture above was actually taken at NHC with a polaroid camera during our NEIPA brew off!

Unlike the first time I pursued opening a brewery, this time I didn’t have the uncomfortable feelings, doubts, and concerns. Sometimes you just know if something is right or isn’t and luckily for me, this opportunity felt right. Don’t get me wrong, the reservations and worries are there, but not front and center like previously. So, I’m excited to announce that I will be founding a brewery in Maryland named Sapwood Cellars with my good friend Mike Tonsmeire. Sapwood Cellars will be a brewery focused on both mixed-fermented barrel aged beers and fresh hop-forward ales. I’m incredibly excited to work with Mike on this project and combine both of our individual strengths and love of the hobby!

Sapwood Cellars is a Maryland brewery-in-planning dually focused on barrel-aged mixed-fermented beers and fresh hoppy ales. Founded by two passionate homebrewing ultra-nerds, we share a love for brewing science, local ingredients, and the craft of beer production. You may have read our blogs, magazine articles, or book on American sour beers, but likely haven’t tasted our beer. Follow along as we continue to brew peculiar beers, with the added enjoyment of drinking the results!

Expect beers that are balanced, drinkable, and highly aromatic without tongue-scraping bitterness from hops or piercing sourness from mixed-fermentation. Beer should be a pleasure to savor, not a challenge to conquer.

Sign-up for email updates to keep tabs on our progress, learn about opportunities to help, and be the first to know when beer is available!

All wood first starts as Sapwood, which is the delicate new growth just under the bark. It plays an integral part of a tree’s maturation by carrying water between the leaves and roots, carefully distributing built up reserves to the roots and leaves as the seasons demand. Eventually, Sapwood hardens into the heartwood of which barrels are made. Sapwood ties together the two sides of our production: Sap for the fresh IPAs and Wood for the acidic barrel-aged beers. Cellar is the brewer’s term for the fermentation space but also evokes the cool quiet resting place of barrels.

A homebrewer since 2005, Michael writes The Mad Fermentationist blog and the Advanced Brewing columnist for Brew Your Own Magazine. His book, American Sour Beers (Brewer’s Publications, 2014) is a resource for homebrewers and craft brewers alike. He worked as a consultant for Modern Times and a dozen other craft breweries.

A homebrewer since 2012, Scott writes for his own hop-focused blog, ScottJanish.com, with a focus on academic research and applying the latest science to brewing.