I took the data of hop recipe information used in each beer and assigned each hop a value of either 1 or 0.  A 1 represents that the particular hop was used in the beer and a 0 represents that the hop was not used in the beer. I then ran a correlation between each hops usage for each individual beer to its Beers Above Replacement (BAR) Score (BAR = wOBAR * Volume * Scale). The basic idea is to try to get a correlation (degree to which the variables are related), either positive or negative, of a hops usage in a beer and and the beer’s overall rating. 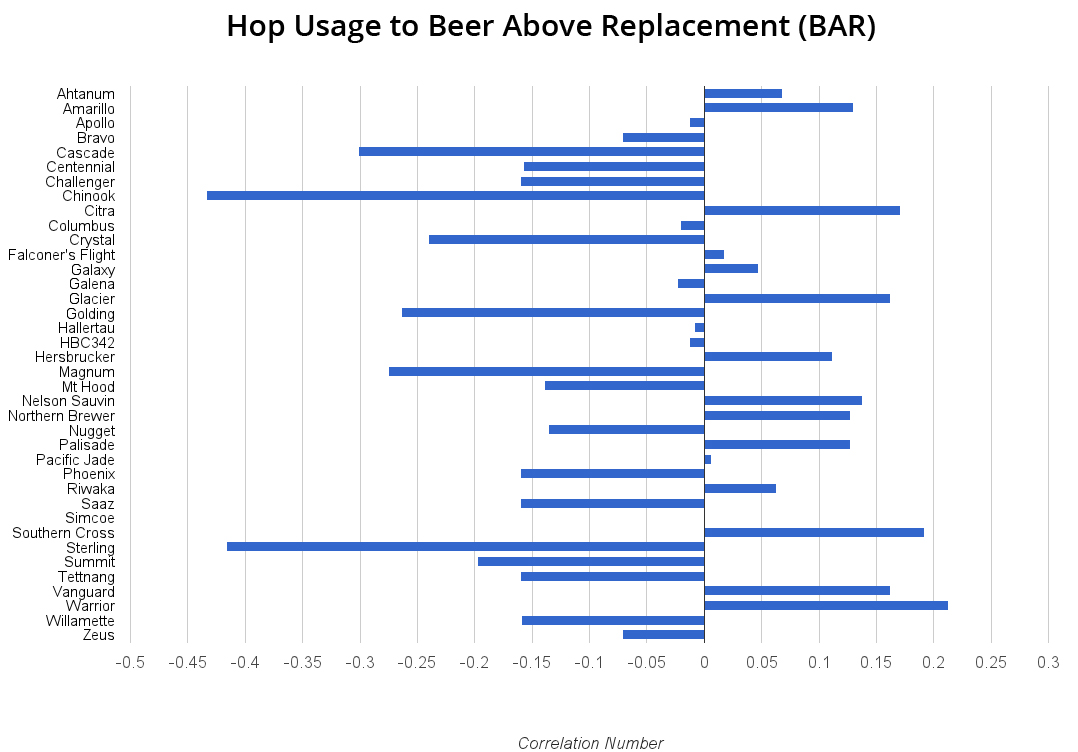 I also ran a correlation between each hops usage in a beer and Beer Advocate’s pDev number (percentage of deviation within the ratings).  Comparing the hops usage to pDev shows, in effect, how much agreement there is with a particular hop. A higher pDev score the greater the deviation from the review average while a lower pDev score shows a greater consensus among the reviewers. Here, for a negative correlation we could imply that there is a consensus that most people like that particular hop, where a positive correlation we could imply that people do not agree on whether or not they like that particular hop. 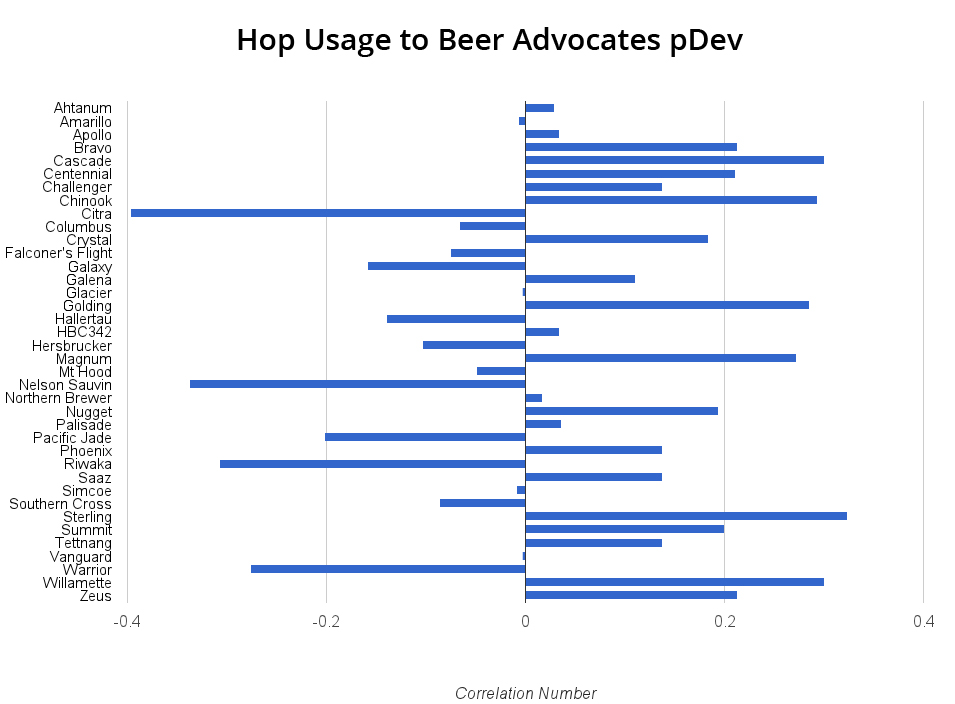 Top 10 Hops Based off a Positive Correlation to BAR Score

(Scores trended up when hop is used)

Important to note that although this is a top 10, no hop had a positive correlation above .22

Bottom 10 Hops Based off a Negative Correlation to BAR Score

(Scores trended down when hop is used)

Top 10 Hops Based off a Positive Correlation to pDev

(Most disagreed upon hops)

Top 10 Hops Based off a Negative Correlation to pDev

(Most agreed upon hops)