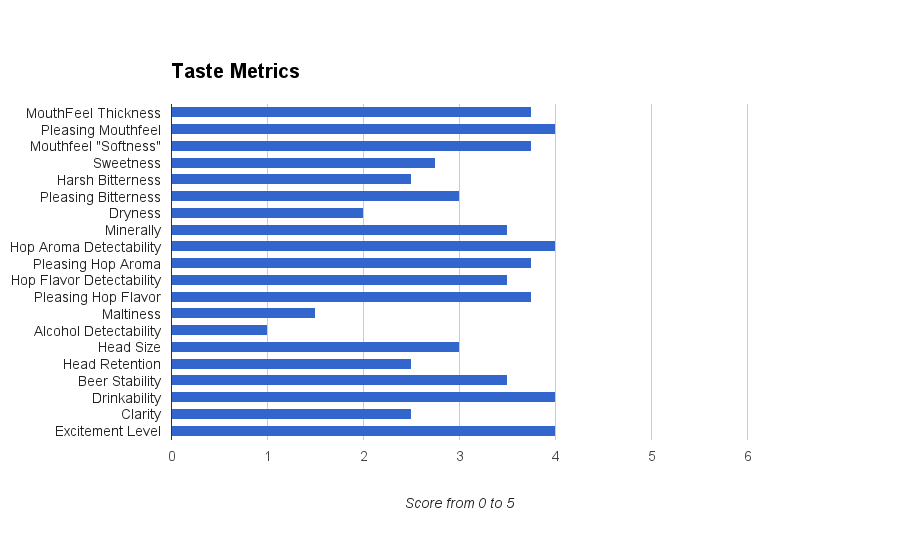 Beer remained fairly cloudy, even after sitting in the keg awhile (possibly the spelt?).  The head sticks around for only a very short while and leaves a thin oily layer over the glass with patches of white, mainly around the glass (this improved slightly with more carbonation, I’ve noticed hops in the keg are greatly reducing the carbonation time). Very light color. The mouthfeel is actually pretty good for the low ABV. I got a slight minerally salty note after I swallow the first couple sips, could be the bitterness, nothing over the top barely noticeable (smaller beer maybe this is easier to detect?) The smell is complex, definitely can detect the hop aroma even with the lower amount of hops. It’s sweaty/piney with a complex citrus tropical fruit underneath. At times I thought I detected the smell of cereal milk after eating a bowl of Trix. Get the green spree thing again, maybe that’s the columbus. Every once in awhile I get that Amarillo orange/floral smell but not even close to in the peeper, it’s much more subdued, which I’m enjoying much more. Bitterness is fairly strong, but it’s a session IPA so it’s appropriate. Overall it’s a pretty good beer, easy to drink, complex aroma, and low ABV, gives the impression of a bigger beer.