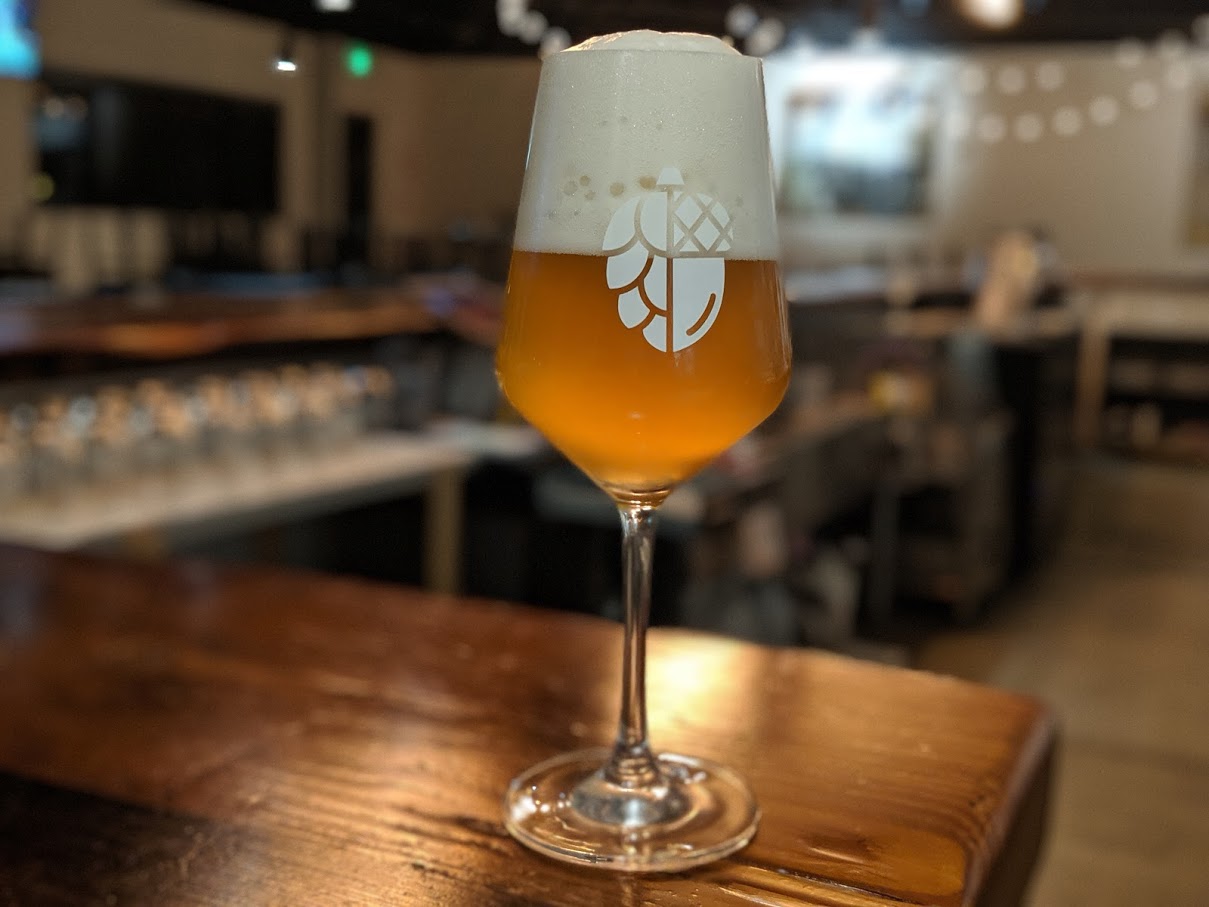 henever a brewery puts out something that appears to break the rules, I’m interested. I understand that style guildlines keep some sort of order, but they can keep people from experimenting or thinking outside the box. I’ve never wanted to be a brewing rule follower, I’m always the most interested in beers that make me think or excite me to try because of their uniqueness. Carolina Gold is exactly that, a rice lagered saison brewed by Fonta Flora Brewery in Morganton, NC and is the inspiration for this post.

Saisons are fantastic and one of my favorite beers we brew on a somewhat regular basis at Sapwood Cellars. Using Mike’s Mad Fermentationist strain, I love where our saisons get at about the three to four month point. leaving the beer in kegs at room temperature for an extended period allows the blend of cultures to continue to work and eventually the peppery-saison taste evolves to a light lemony/mustard seed-funk. Nothing with the blend is over the top, which is one of the reasons I like it so much, it’s not super barnyardy or “saisony.” One of basics to brewing saisons is a warm and quick fermentation, usually in the mid 70’s (21°C). This is where Carolina Gold begins it’s break from the norm, they pitch saison yeast cool and allow it to slowly work over the course of two weeks. After fermentation and a crash, lager yeast is pitched along with some priming sugar at low temperatures to natural ferment and to help create the unique flavor profile Fonta Flora is after.

Lucky for us, Jeremy Inzer the Head Brewer at Fonta Flora walked us through the Carolina Gold recipe and the thought process behind the beer. I then (again with the help of my friend Spencer Love, who has somehow gotten me to write two straight quasi-lager posts) brewed a version of the recipe with slight tweaks to try out Fonta Flora’s approach with our saison strain.

A lagered saison is something Fonta Flora had been thinking about for awhile, Jeremy explained to me that combining what they love from the two styles could be fun to experiment with. Particularly, they are after the dryness of a saison with restrained esters and phenols from a cold ferment and the clean crispness of a lager with very little typical lager yeast characteristics. To do this, they ferment the saison slightly cool and the re-ferment with lager yeast again at a cool temperature. 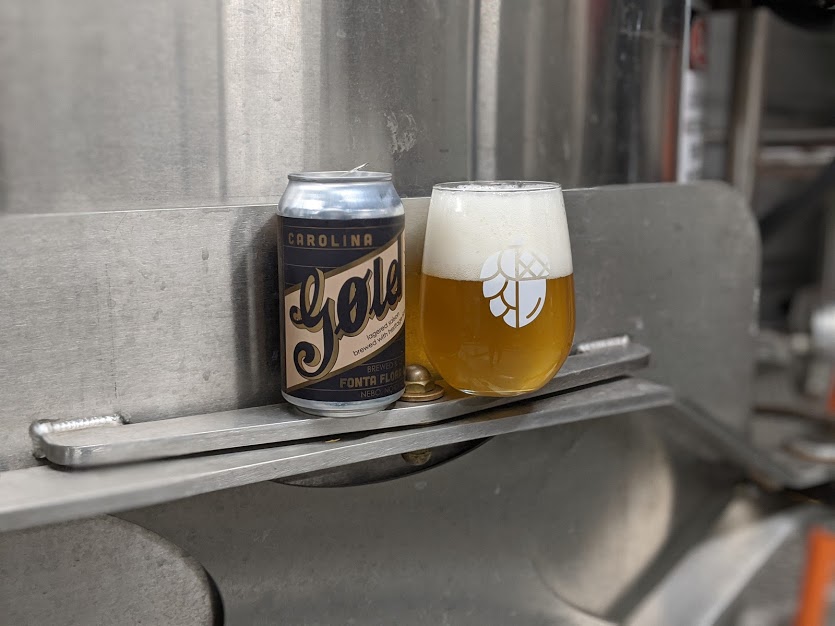 The name Carolina Gold comes from the rice variety used. One of the first commercial rice varieties the United States ever produced, it is known to have a great fluffly mouthfeel and texture to go along with it’s rich and clean nutty flavor. In the beer, Fonta Flora is using the adjunct to help attenuate it out very dry, but also be a high quality ingredient that would lend body and flavor. They receive the rice raw, and after many trials and errors, they treat it just as you would at home by steeping it in hot water, rinse, and repeat three times the day before using to remove any long chain starches and debris. The morning of brewing, they boil enough water to match a 2:1 rice-to-water ratio. So for them in a 15 bbl batch (17.6 hl) comes out to 120 pounds (54 kg) of rice and 60 gallons (227 L) water. Then, they cook the rice and scoop it out and add evenly while mashing in. They find this method of preparing the rice makes it still fermentable while also adding delicate flavor and a smooth body.

For the Saison yeast, Fonta Flora uses a blend of Dupont and LaChouffe that they get from BSI. To restrain the blend’s Belgian characteristics, they ferment slowly and cool at 64°F (18°C), which is below the recommended temperature. Because of the lower primary fermentation temperatures, they give Carolina Gold about two and half weeks to finish up, which usually gets them to around 1.005. After primary, they then crash the beer to 32°F (0°C) for three days to drop out the yeast. Rather than carbonating and packaging the beer at this point they then raise the temperature of the beer back up to 48°F (9°C) by recirculating through a hand made heat exchanger, but instead of cold glycol and water they run hot water through the system. Once the beer is up to temperature, they pitch their house Czech lager strain with some priming sugar for a secondary fermentation/carbonation. Re-fermentation takes place over the course of a week holding at 48°F (9°C) before being crashed back to 32°F (0°C) for two weeks (six-week grain to glass time).

Why do this secondary fermentation with lager yeast? Jeremy explained that the lager yeast helps to get the beer tasting like a saison, but finishing like a crip lager. The lager yeast helps to clean up the unwanted flavors and aromas that can dominate a saison. For example, if they were to instead pitch more of their saison blend for the secondary fermentation, they would immediately get lots of phenolic characteristics that dominate the palate. The idea to clean up a phenolic saison fermentation with lager yeast came to them by way of Live Oak Brewing in Austin, TX. Jeremy previously brewed for Live Oak and during a Grodziskie collaboration between the two breweries, he learned the technique. The two breweries made a Polish smoked wheat beer with a unique primary fermentation characteristic and finished with a secondary lager ferment that really cleaned up the beer nicely.

There is some science to backup the importance of carefully choosing a yeast strain for bottling conditioning. In a study of five different dried yeast strains used to bottle condition, researchers found the strains produced different final gravities, different flavors via higher alcohols and esters, and different refermentation time frames (including the initial yeast growth). It does seem like the yeast strain used to bottle can have an impact on final flavors. The authors here also suggest that using dried yeast over harvested yeast (or no repitched yeast at all) may lead to enhanced CO2 production from healthier yeast. 1 For the version of Carolina Gold brewed for this post, we went with SafLager 34/70 for secondary fermentation.

The recipe below is inspired by Fonta Flora’s processes, but not an exact clone. We took the already unique process further, treating it almost like a low ABV hazy IPA with a planned higher finishing gravity and more late whirlpool hopping. We went higher on the mash temperature 160°F (71°C) compared Carolina Gold’s temperature at 149°F (65°C). Rather than a dry finish, we tried to build in some sweetness and body for a low ABV beer. We also cut the pilsner malt with some 6-row and added a small percentage of Golden Naked Oats to increase the malt complexity a bit, which I find especially works well in low ABV beers. We pitched the lager yeast directly to the fermenter as fermentation was nearing the end and gave it a few days to take hold before kegging with priming sugar. We let re-fermentation happen at a warmer temperature as well. To brew something closer to what you can purchase from Fonta Flora, use the following recipe as your guide.

Appearance: Burnt orange with a tight head that bubbles slowly expand into. You can really build a fun rocky ice cream head with this on! Good retention and lacing. Has those pillows that seem dense but float over the surface of the liquid stationery even when tipping back.

Nose: A slight mustardy-funk with the crisp classic cracker lager note typical of a 37/40 ferment. Toasted oats really come through as it warms to a dried rich apricot character.

Palate: Really full long palate. Clear rice note that as a rich front but a nice combination of drying at the finish from the combination of salts/carbonation/and bitterness. Bitterness is clean and lingering, but still really nicely balanced. The caramel from the toasted oats is about right, more noticeable when warmed. Blanc note is present towards the end which really helps carry the finish of the beer.

Overall: Really fun idea, I could see layering with a dry hop to make it a good overall beer for my personal preference (I like hops a lot). What’s most interesting to me is how quickly the funk from the Mad Fermentationist strain comes through (although lightly). Typically, we’ll let saisons fermented with it sit at room temperature for about two-three months before I can detect any mustardy-funk. My guess is that the colder primary fermentation temperature helped to subdue the saison-like primary fermentation profile allowing the brett notes to come through earlier.

Comparing Fonta Flora’s Carolina Gold to this batch is interesting. The aroma of their beer confuses me, which is party why we had to look into it further. The nose is not full on saison, it doesn’t have strong Belgian flavors, nor does it scream lager. It’s like a halfway-saison that finishes super crisp. I get a slight peanut brittle candy in the aroma. It’s a fun beer that makes you think. Our beer has a little more of a mature saison flavor and a slightly bigger body finishing with a touch more sweetness than Carolina Gold. I really like the slight funk that pokes through, despite not spending months warm like we would normally treat a saison.

This is a really fun and super drinkable beer at just 4%! I’d be interested to try something like this again with a small dry hop charge and even cooler re-fermentation temperatures closer to what Fonta Flora does. 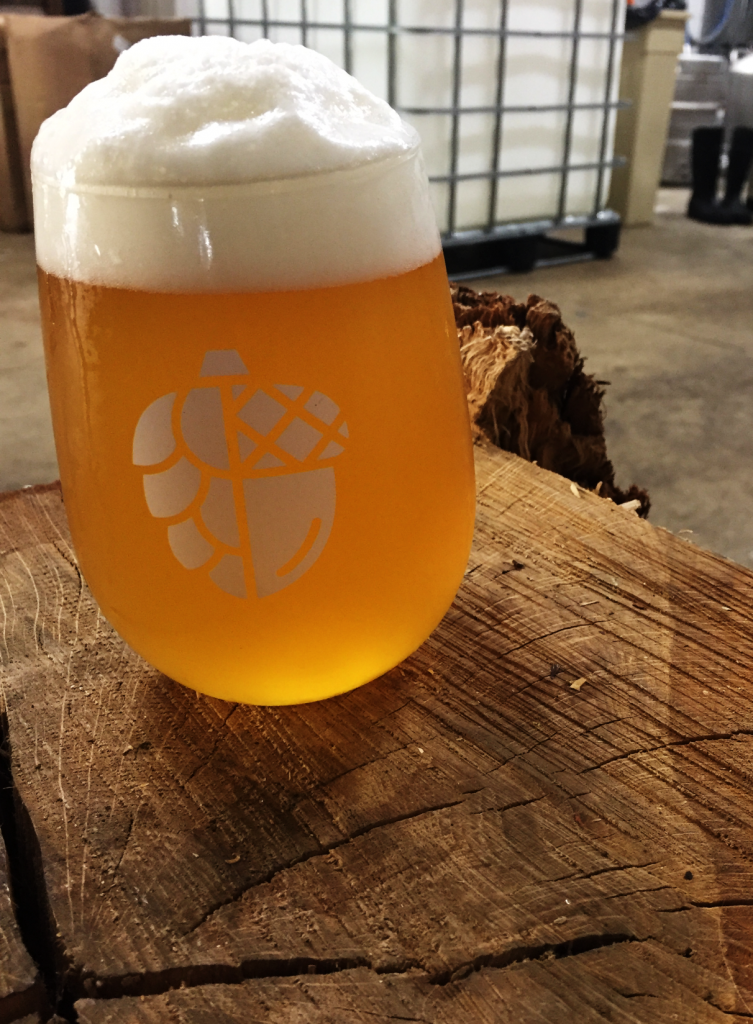