Fermented with Conan and Hefeweizen Yeast 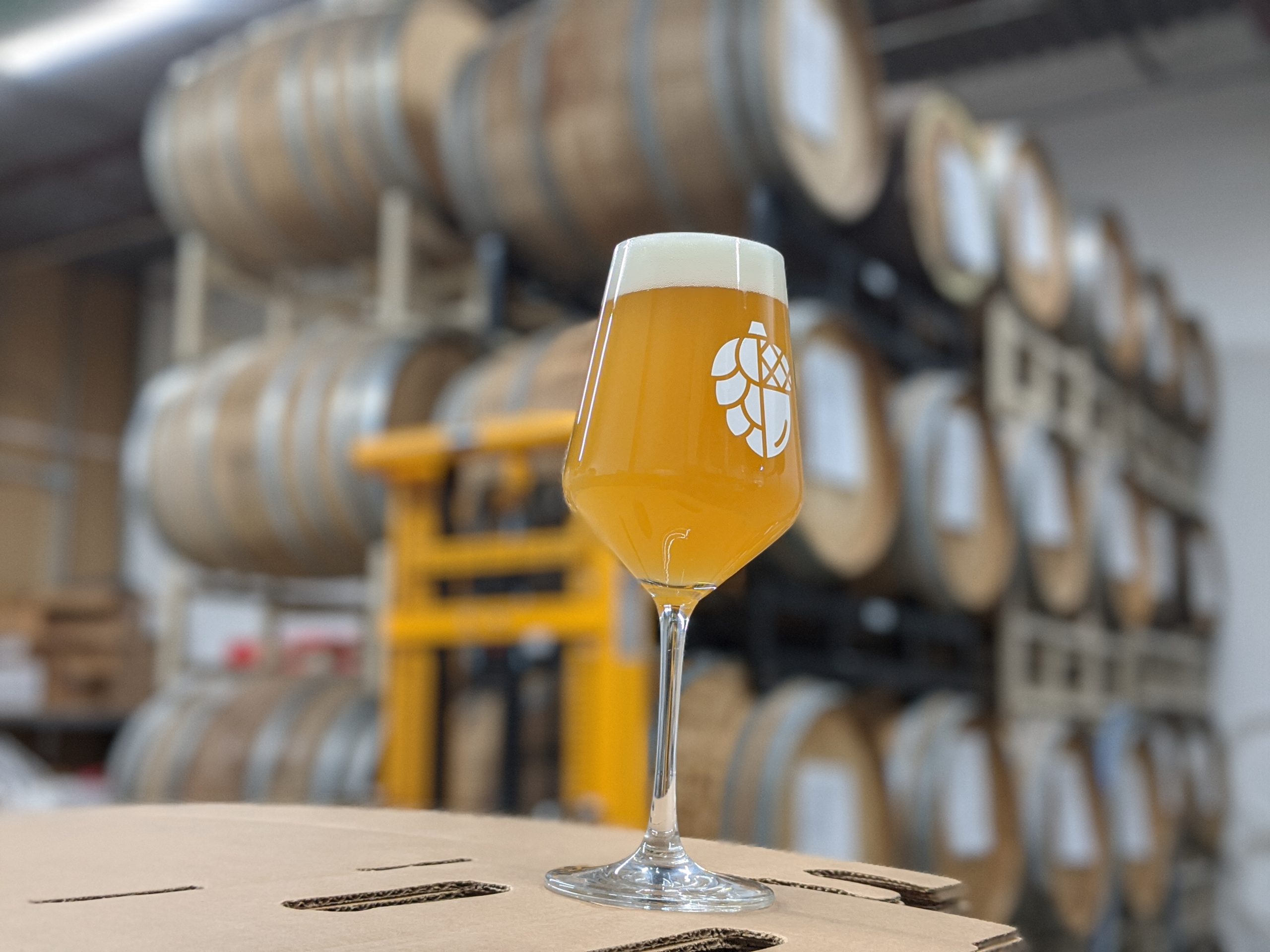 ne of my favorite things to do at the brewery is experiment with small batches. Sometimes I’ll transfer 5-gallons of fermented hoppy wort pre-dry hop to a purged keg with experimental hops. Other times I’ll take a little wort pre-ferment to test out different yeast strains or blends; we just got a small 18-gallon conical to make this type of experimentation a little easier and more representative of brewing something on the bigger tanks.

This particular experiment is a built in part on yeast blend beer that we’ve done in the past at Sapwood combining hefeweizen yeast with RVA Manchester and active fermentation dry hops with Cashmere (only this time I used a Conan strain). The slight vanilla yeast characteristic you get with RVA Manchester combined with approximately 10% hefeweizen yeast lends an approachable vanilla wafer-like beer. The active fermentation dry-hopping helps to create a baseline hop-fruit character but with most of the volatile green compounds blown off with the CO2 produced during fermentation. After drinking a beer from Tree House called Cachet (a DIPA w/ Cashmere dry hops), we were inspired to do a more grown-up version of our RVA/hefeweizen yeast blend beer. So, we upped the basemalt to get into DIPA territory (for a starting gravity anyways) and dry hopped it with 100% Cashmere at a high rate of 12 ounces per 5.5 gallons (~16 grams/liter).

I took approximately 5.5 gallons from an active fermenting 20 bbl tank (about 24 hours post-pitch) with a Conan strain and added 5 grams of WLP300 from a vial. I still want the fruity ester profile you can get with Conan, but with a banana hefe-edge while attempting to keep any clove flavors to a minimum. I fermented the mix-pitch relatively cool, starting at 65°F (18°C) and allowed it to finish off closer to 70°F (21°C). I dry hopped in two stages, the first with 6 ounces (170 grams) at the tail end of fermentation in primary and again with 6 ounces (170) grams in a purged keg (with a dip tube filter). After three days in the keg, I transferred out into a serving keg where it sat on CO2 to carbonate. Because of the intense dry-hopping rate, this beer needed close to two weeks in the serving keg to settle down. After the green hop bite died down, we had the beer on tap for a few days for us to try then eventually filled 16-ounces mini crowlers and sent 18 cans out into the world. People liked it a lot, much more than I thought they would (spoiler alert, people like sweet things!). 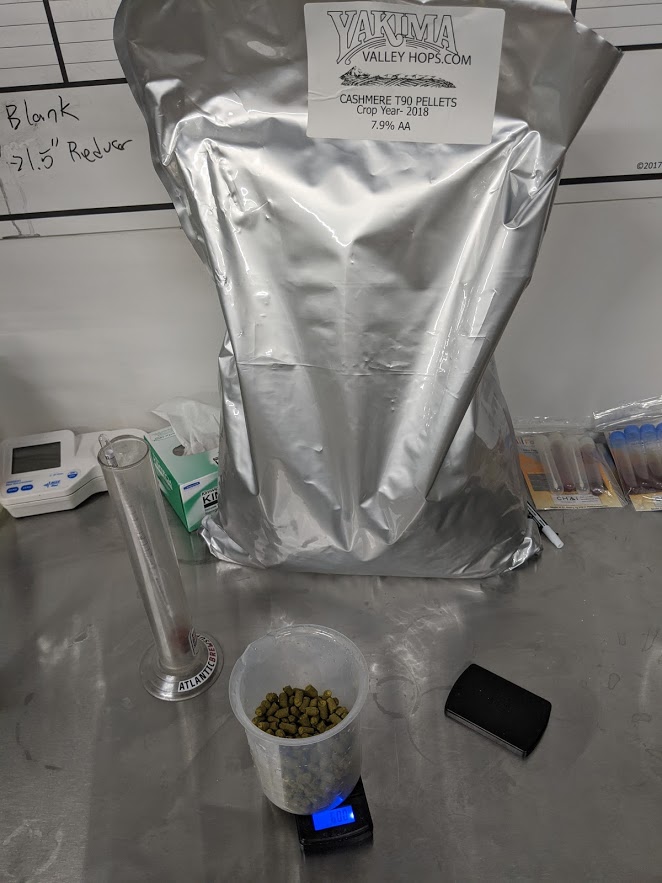 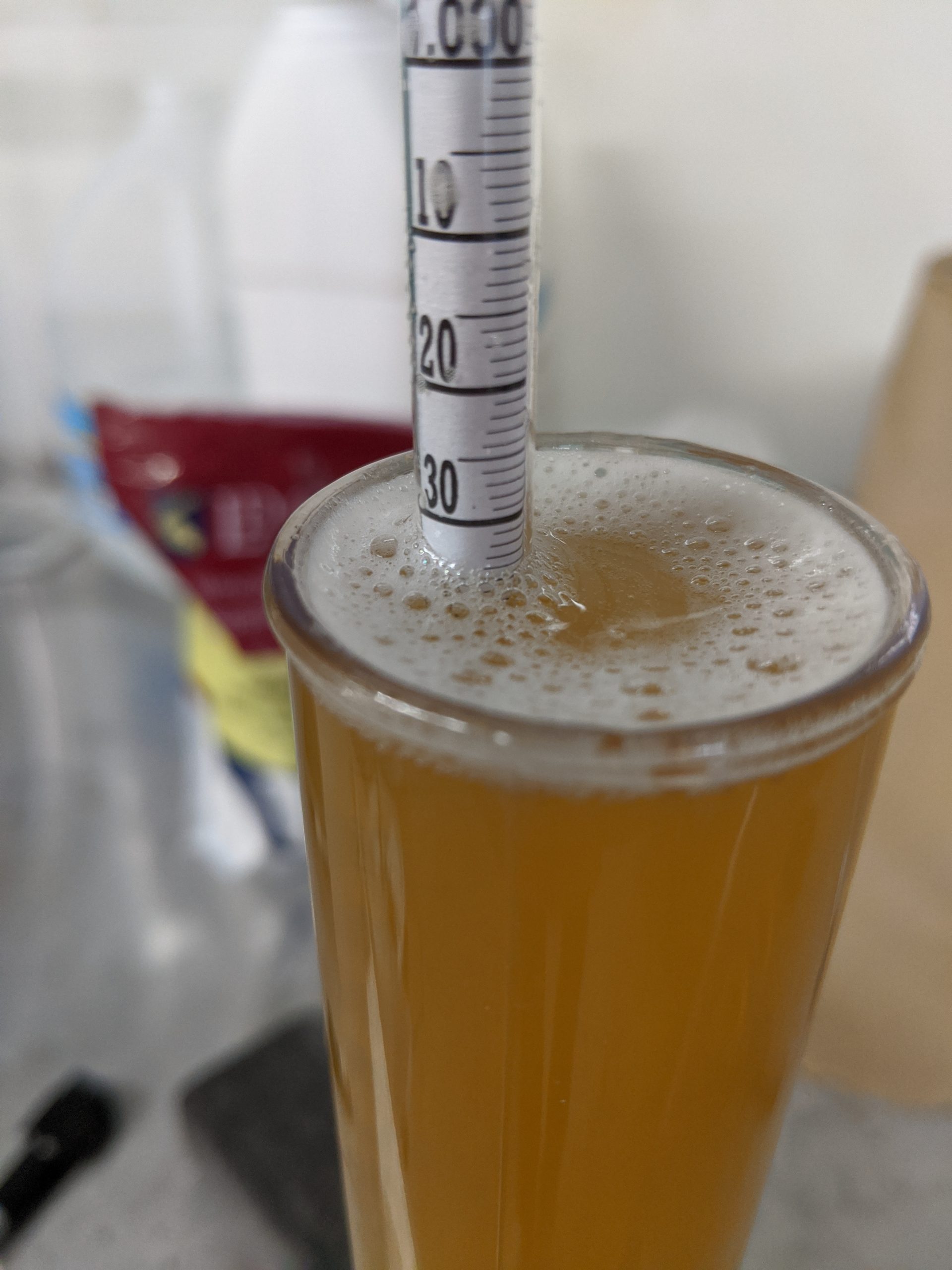 To say this beer is sweet is an understatement; it’s not rare for imperial stouts to finish this high (or much higher), but for an IPA this one is up there! Surprisingly, because of the high dry hopping and hefeweizen yeast, the result isn’t “worty,” but more of a dessert-cookie maltiness. This is in the category of a dessert IPA for sure, especially considering if you down one 16-ounce can you’re also taking down 400 calories (but who’s counting). It’s got a super soft mouthfeel, with a cloying lingering sweetness.

If you like Banana runts, then you will love this beer. Once that descriptor was used, I couldn’t shake it. It’s one big banana runt bomb! Buried in this is also faint vanilla wafer, lemon poppy-seed, melon, and coconut flavors. With just a small pitch of WLP300 (after fermentation was underway) it still has plenty of banana! I’m always amazed at how little a pitch of a different strain can drastically change the fermentation profile of a beer.

Overall, it’s a fun beer. I’m not sure we’ll ever considering scaling this up, but for 5-gallon it was fun to have on tap for a few days. I’d probably mash a little lower next time and try to get that FG a little lower, considering this is generally a good starting gravity for a DIPA. My guess is that anyone replicating this recipe will get a lower FG and if you want to bump it up, you could consider boiling maltodextrin and filtered water and jumping from keg-to-keg to build up the FG. I’m still a little unclear why it finished so high, but sometimes it’s fun to brew something unique and out of character! Runt up! 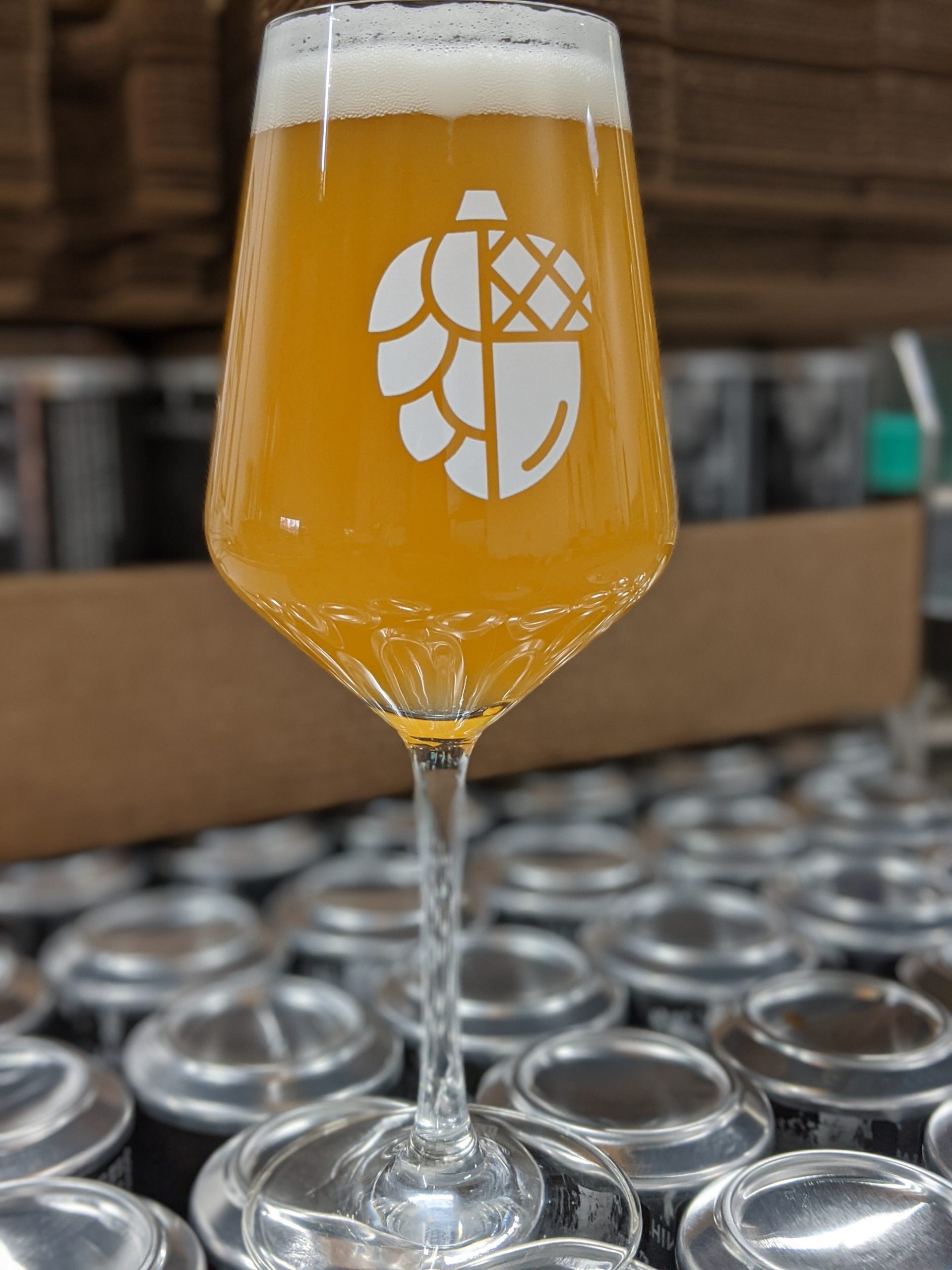